A new book "Bönder och gästgivare på gränsen mellan Västergötland och Småland" (English translation "Farmers and Inn keepers at the border between the provinces of Västergörland and Småland") will tell about ancestors and descendants to Magnus Magnusson (1822-1881) and Anna Cajsa Johannesdotter (1822-1910) i Mårtenstorp Mellomgården, Ullasjö. Both born in the parish of Nittorp. 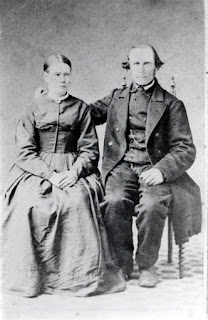 The ancestors of Magnus Magnusson and Anna Cajsa Johannesdotter originates from a quite small area at the border between the provinces of Västergörland and Småland. A majority from the parishes of Ljungsarp and Nittorp as well as neighboring parishes such as Gällstad, Marbäck, Norra Unnaryd, Tranemo, Ölsremma and Öreryd. There are a few branches from some more distant areas, the most distant comes from Germany through barber-surgeon Kristian Fischer.

A number of the ancestors have through generations been inn-keepers at the inns of Gölingstorp, Nittorp and Öreryd. The majority were farmers, some of them participated in the local society as members of local councils and churchwardens. The father of Magnus Magnusson, Magnus Johansson, was responsible for building the new church of Nittorp. There were also soldiers and horsemen. Johannes Ask, fathers father of Magnus Magnusson, advanced to sergeant major and participated in two early 1800 campaigns in Germany.

The purpose of the book is to give more information about the individuals than the very basic information that could be retrieved from church records. Through a rich number of records kept by the local courts it ha been possible give sharper contours even though it is seldom possible to create a full image. Here we find inheritance and property disputes, disputes with neighbors, trade issues and much more. Among the more spectacular is events is the manslaughter committed by barber-surgeon Kristian Fischer on journeyman. For this he received a death sentence that was commuted to a heavy fine.

The Kjöllerström family is among the ancestors of Magnus Magnussons. The first three generations of this family is described in a separate book En korpral, en länsman, en gästgivare. Ett bidrag till släkten Kjöllerström personhistoria (English translation "A corporal, a sheriff, an inn keeper. A contribution to the history of thh Kjöllerström family"), published in 2017.

As the material has been extensive, a separate book, the Gölingstorp family, will be published. The book describes the family that owned the inn in Gölingstorp for at least 350 years. Magnus Magnusson's grandfather, Peter Mårtensson belonged to this family. 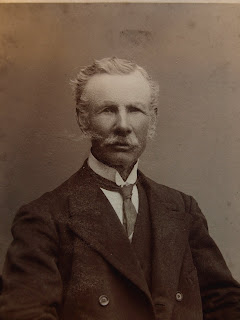 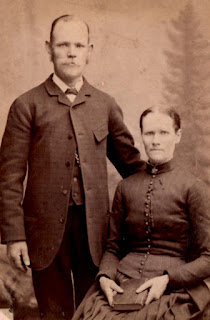 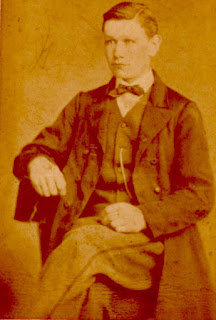 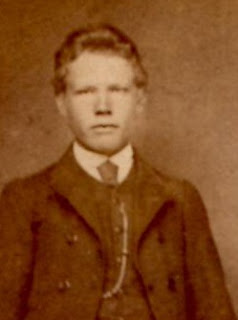 Augusta Maria Magnusdotter Brolin (1865-1939). Without issue. Has no descendants.

The book's script is now complete. Now the descendants will be contacted to check information and to try to find photos of the oldest generations.

The book will be published as an e-book as well as an printed book.